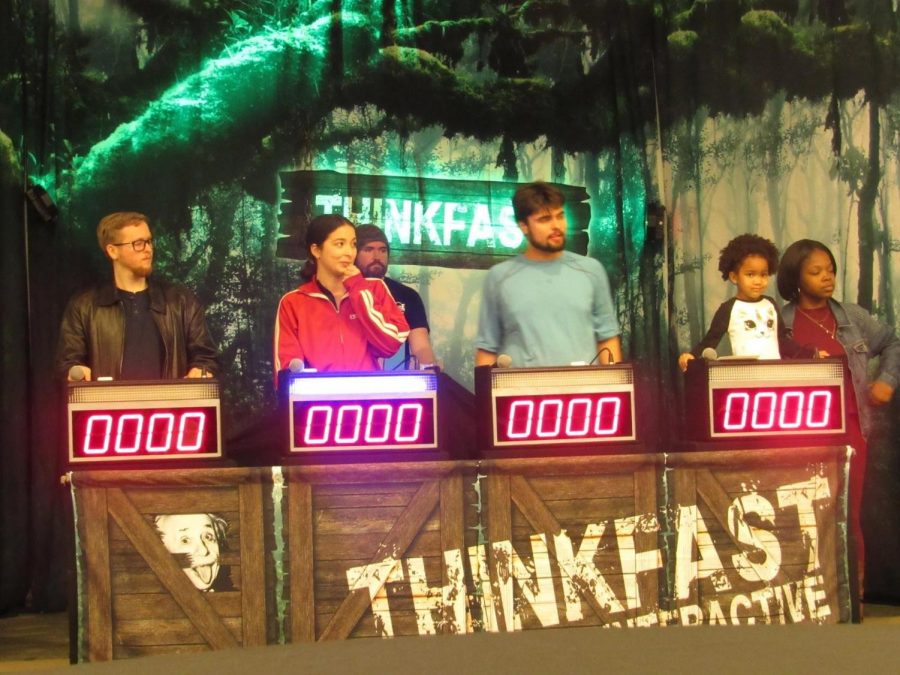 How fast can you answer questions about culture and history? That was the question asked on Feb 6 during college hour in the Navesink rooms. Students trickled in from the cafeteria as the host recruited people eating lunches and hanging out in the MLK lounge.

“Heard it out there,” said Elizabeth Reeves, a political science major from Long Branch. “Two hundred dollars is nice.”

“I saw a flyer outside on the bulletin board,” said Bryanna Long, a nursing student from Matawan. “I don’t know what we have to do, but we’re here and we’re excited.”

“In general, activities students engage in outside of classes makes students’ experience better. In particular, this month we need to keep models of African-Americans in front of our students,” said Dr. David Stout President of Brookdale. “This program is even more powerful than our average program.”

With free soul food provided and $200 on the line, students joined into groups and some went alone through the two 45-minute rounds of play.  The object of the game was to enter on your remote control the correct answer to multiple-choice questions as quickly as possible. The faster you answered the more points you gained.

If you didn’t do so well on the trivia, you had two different chances within the game earn your spot in the jeopardy round at the end of each session. In the first round, it had a 30-second dance battle and a 20-second debate on who had more influence on Black-American culture and history. The second round also had the debate on the same topic but instead of a dance battle, contestants sang for their spot in the lightning round.

The main part of each round ended with a question worth 10,000 points and a question that you could wager points on for the final two positions in the final jeopardy round. The top two players went on to the final round.

Students really were excited during the final two rounds shouting out answers to the final players. Students in the crowd also had to vote on the dance, singing competition and the debates of each round.