Don’t be a Stan: Advice from someone who knows 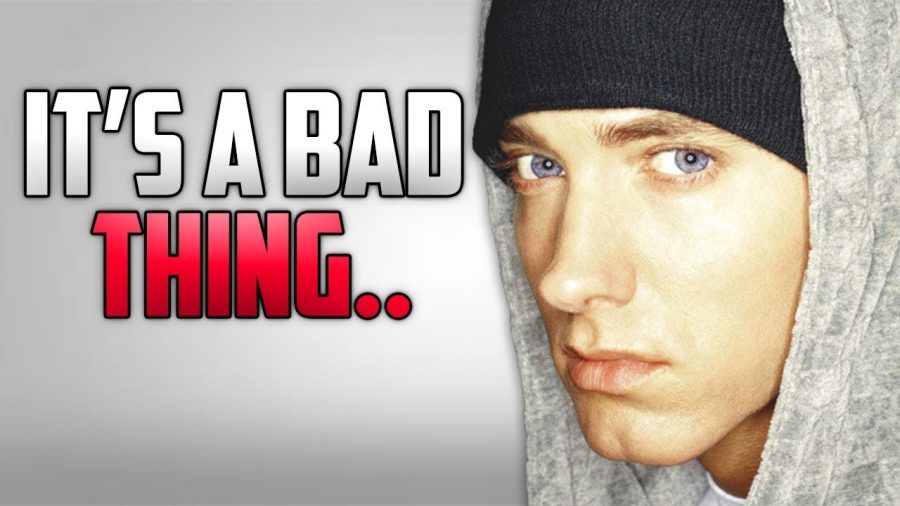 In the late 90's Eminem wrote a song about a fan named "Stan" who was obsessed with him.

Being a fan of someone famous might seem like a part-time activity. Admiring a celebrity and supporting everything they do are the expected characteristics of being a fan. However, there are always people ready to take it to the next level, devoting a greater portion of their lives to their idol. This type of fan is defined as a “stan” or a fan who goes to great lengths to obsess over a celebrity.

As a college student, stanning a celebrity can be difficult with limited money and time to travel and focus on your idol, but 19-year-old music education major Brendan Schmalzel of Neptune finds the time.

With a twitter account of over 3,500 followers named ‘@Breakdownbutera’ devoted to the singer, he has been tweeted by Grande twice and she has liked eight of his tweets. He has met Grande and seen her live eight times, once camping out in New York City for 16 hours to see her.

Additionally, he has been tweeted by Grande’s manager and several of her friends in the music industry.

After tweeting a series of old videos of Grande and her former Victorious co-star Elizabeth Gillies, Schmalzel’s twitter notifications blew up with notifications of replies that said, “OMG a notice congrats,” and “BRENDAN OMG.” He finally realized Grande tweeted him saying, “@ArianaGrande: f*** sea world but these are so funny oh my god i miss these nights @LizGillies.”

“I’ve easily spent over $3,000 on all my concerts and merch combined. I try to watch how many concerts I go to in a year, but this hasn’t changed since college besides extra pressure and stress that I usually push aside,” said Schmalzel, adding that he once spent $699 for a meet and greet with Grande.

Despite the amount of money he has spent on Grande-related things, he does not work during the college year, only as a lifeguard in the summer.

On top of schoolwork and busy schedules, Schmalzel is one of many stans in college that come across problems as a result of unwavering devotion, distraction being a pivotal one. “The day before Thank U, Next dropped (Grande’s fifth album), I did not spend a second paying attention in class and spent 18 hours on Twitter that day. I was on my phone from the second I woke up til like 4-5 a.m. Usually, though, it’s about 5 hours a day,” he said checking his screen time for that day. “Only eight hours so far.”

Stans have the stigma of being careless and desensitized online, often affecting people’s mental health. In times of tragedy, stans often respond to these moments with memes. With social media, stans are constantly surrounded by others who feel the same way about their idol, which is not always a positive thing.

“In the past six years, it has caused a lot of fairly temporary issues. Overall, it has made me anxious over updates, overly attached and involved in arguments or online friendships, feeling down about or comparing myself to people with more connections to the artists,” said Schmalzel.

Developing friendships is one of the most beneficial things to come out of stanhood. However, such relationships are often fragile and broken over small disagreements, such as differing opinions on what song on an album was the worst.

Though he developed several bonds with others and has been informed by all the knowledge one can have on Ariana Grande, Schmalzel offers up one piece of advice on being a stan: “Don’t do it.”