Ted Talk Shares the ‘Beauty of Being a Misfit’ 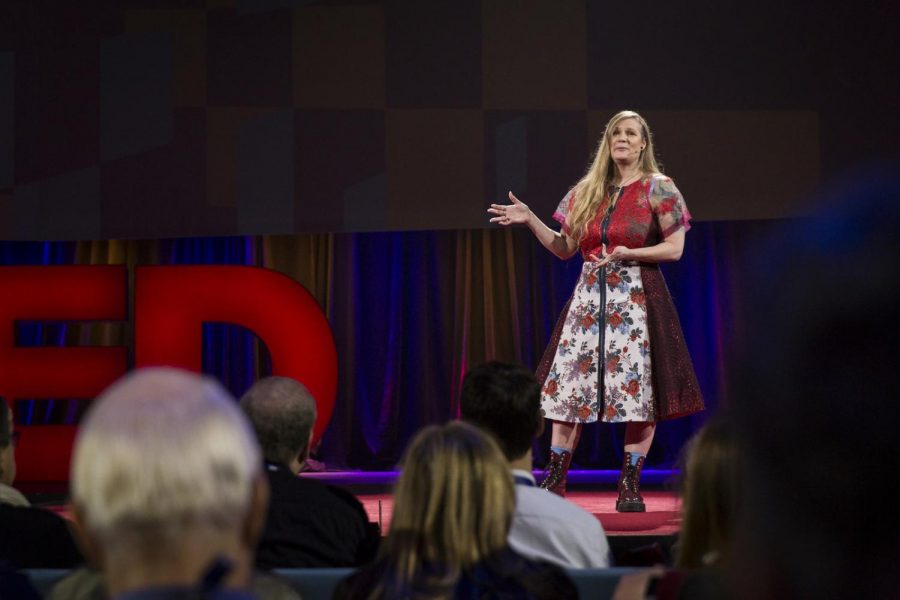 Hundreds gathered at the annual TED conference in Vancouver, Canada to hear Lidia Yuknavitch share her message about the beauty of being a misfit in February 2016. During the 10-minute filmed event she shared stories of love, loss, and self-acceptance.
Yuknavitch, who defined a misfit as, “a person who sort of missed fitting in or fits in badly,” revealed that she came from an abusive household, had two failed marriages, failed college twice, went through rehab, served jail time twice, and her daughter died the day she was born. Therefore, Yuknavitch said she, “missed fitting in to every category out there.”
Despite her life experiences, she hopes to uplift others and show them how beautiful they are by sharing her story and how she turned her life around. She wants her audience to know that “even at the moment of your failure, you are beautiful.” To do this, Yuknavitch shares a time when she felt like she failed.
Yuknavitch had won a short story contest and had the opportunity to take a trip to New York City and meet three of her favorite authors. She had “never known a joy like that” being in a room with people she admired so much. However, Yuknavitch reveals that, “It’s a shame we [misfits] carry. It’s the shame of wanting something good. It’s the shame of feeling something good. It’s the shame of not really believing we deserve to be in the room with the people we admire.”
She then details how she was taken to meet with some big-time publishers in the city. It was the opportunity of a lifetime. The different agencies offered her representation on the spot, asked her to send some of her work immediately, and even write a memoir. When faced with all of these opportunities, Yuknavitch tells the audience that, “nothing, nothing, nothing came out of my throat.” She credits this to the fact that misfits, “don’t always know how to hope or say yes or choose the big thing, even when it’s right in front of us.”
Yuknavitch describes the awful feeling she had flying home to Oregon from her trip to New York. This trip should have launched her career, been the best thing that ever happened to her but instead she explains, “Memory was the only prize I allowed myself.”
“You don’t know it yet, but you have the ability to reinvent yourself endlessly. That’s your beauty,” she said.
Yuknavitch’s story then takes a turn. She informs an audience member that she is now a writer, a mother, a teacher and wrote a memoir. She was told over and over that sometimes telling the story is the thing that saves your life.
“All I had to do was give voice to the story,” she said.
Audience members shared in the comments of the video that they were, “caught off guard with her simple straightforward style and unassuming grace. Others were “given hope like I can have comfort in talking to my family and friends about what happened to me.”
Yuknavitch’s speech “both touched and shattered my heart,” one viewer wrote.
She concluded her speech by sharing what she considers the misfit’s myth, somewhat adjacent to the hero’s journey.
“Your story deserves to be heard because you, you rare and phenomenal misfit, you new species, are the only one in the room who can tell the story the way only you would.”
Yuknavitch’s speech is available for anyone to watch on the TED talk website, https://www.ted.com/talks/lidia_yuknavitch_the_beauty_of_being_a_misfit, and YouTube channel where it has reached over 3.6 million views.