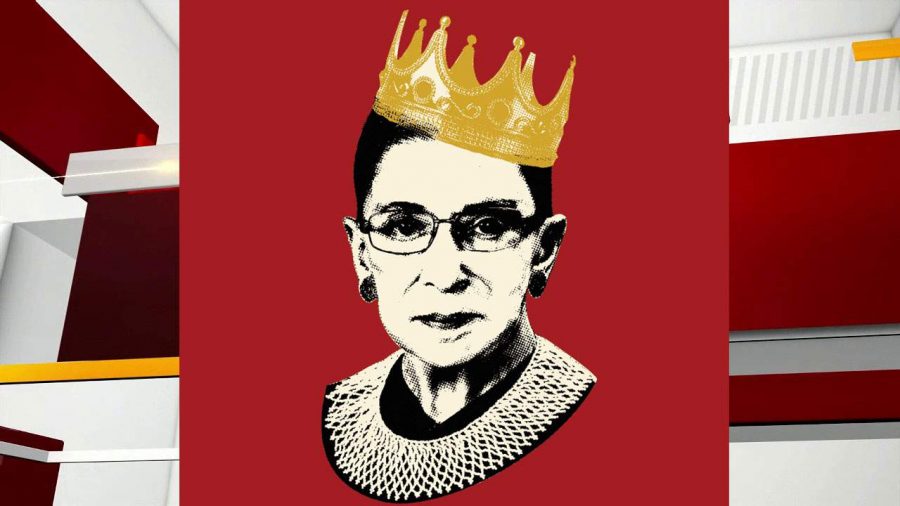 The Women in Learning and Leadership club officially hosted their first ever virtual event at 8 p.m. on Oct. 27. The webinar, called “The Legacy of RBG: What’s at Stake Today,” was comprised of a panel of students moderated by Roseanne Alvarez, Brookdale professor and coordinator of the WILL academic program, as well as adviser to the student organization. Of the 100 virtual seats available, 76 were filled.

The panel, which occurred the day after Amy Coney Barrett was sworn into the Supreme Court, was a discussion and review of the life and legacy of late Supreme Court Justice Ruth Bader Ginsburg, commonly known by her initials, RBG. “But she’s not just her initials,” said Alvarez. “She’s a cultural icon.”

Many of the panel speakers urged listeners to vote and take action during this time when RBG will no longer be speaking for women and minorities. “When I think of representation I not only think of one specific group, but of everyone else in this nation of multiple people, a very diverse nation,” said Yeimi Hernandez-Cruz, a 20-year-old business administration major in the WILL program, who is also the current WILL club president. “The fall of one community is the fall of all communities.”

Valeska Yaninas, a 19-year-old education major, began the panel discussion with an overview of the work RBG did fighting for autonomy, privacy, and reproductive justice. “I believe it is super important that before we can talk about RBG, we have to know about different cases in the past that have affected her motives and other cases that she has handled herself,” said Yaninas.

She spoke briefly of several court cases, including Griswold v. Connecticut in 1965, Eisenstadt v. Baird in 1972, and Roe v. Wade in 1973. All three cases were concerned with women’s ability to use contraceptives and to have abortions, due to their right to privacy.

“Another case that RBG dissented on, actually, was Gonzales v. Carhart back in 2007. In the end, the Supreme Court…overturned 30 years’ worth of precedent, the precedent saying that women’s health needed to be protected,” said Yaninas, “RBG dissented, saying that the federal abortion ban chips away at any rights a woman has to her own body.”

Yaninas closed by encouraging listeners to head to the polls. “It’s very important to get our vote out so we can stand up for ourselves and not let the government control our body.”

Next to speak was Hernandez-Cruz, on reproductive justice.

“Let me start you all with a quote,” she said. “‘It is a choice she must make for herself, and when the government controls that choice for her, she is being treated as less than a fully adult human responsible for her own choices.’ Ruth Bader Ginsburg.”

Hernandez-Cruz mentioned the case Whole Woman’s Health v. Hellerstedt, in which RBG was one of five justices to rule that Texas could not place restrictions on the delivery of abortion services.

“She began the Women’s Right Project in 1972, when more than a thousand laws put women at a disadvantage. She always sought to protect Roe v. Wade, even with her last breath, because she knew the fundamental right it held for women’s reproductive rights: the ability to choose,” said Hernandez-Cruz.

When answering the question, “What is at stake today?” Hernandez-Cruz spoke of the Uterus Collector. “A doctor that had been paid by the government to forcefully sterilize women in detention centers without any permission. This is the most recent case where, not only women of color, but undocumented women, were subjected to this without their permission.”

“I ask you today to vote,” she said, “because this impacts not only you, but everyone.”

The third panelist was Amanda Zelevansky, an 18-year-old business administration option major as well as the WILL club communications manager. Zelevansky focused on RBG’s steps toward workplace equality and dismantling sex discrimination.

“RBG graduated as only one of nine females from Harvard Law School during her year,” said Zelevansky. “And when she graduated, she was unable to find a job as a lawyer because during that time they were only hiring men as lawyers.”

At her first job, her pay was cut when her employer discovered she was working while pregnant. Her second employer, Rutgers University, cut her pay because her husband was a lawyer, and her employer felt he was the only source of income necessary.

“As a result of these factors, this led to RBG abolishing close to 200 discriminatory laws involving gender,” said Zelevansky.

She also mentioned numerous court cases RBG was involved in due to gender discrimination. Burwell v. Hobby Lobby store, for which RBG wrote a dissent that said, according to Zelevansky, “Because a for-profit organization cannot be considered a religious entity, the majority decision will not be effective after this case.” The government agreed with her for every case afterward.

Ledbetter v. Goodyear was an equal pay case which RBG also dissented, and her logic was later adopted by the government despite the Supreme Court’s decision. Obama created the Lily Ledbetter Fair Pay Act in agreement with RBG. Weinberger v. Wiesenfeld was a case in which RBG argued for Social Security benefits to be equal between genders “Not only was Weisenfeld discriminated against,” said Zelevansky, “but his wife Paula was also being discriminated against, because the benefits of her salary were not treated the same way as males.”

Edwards v. Healy was a case that led to Taylor v. Louisiana and declared a jury needs to equally represent men and women. RBG was the main supporter of this decision.

The final speaker, 24-year-old Samantha Fitzgerald, is a history and women and gender studies double major at Rutgers University and was asked to participate as she is a WILL alumnus.

“Ginsburg is one of my personal idols, not simply because she pushed through barriers, but because in the process, she made it easier for people of all genders, race, and ability to do the same,” said Fitzgerald. “Ginsburg never backed down from fighting for equal opportunity for all within the law and the education system.”

She talked first about the 1996 case, United States v. Virginia, in which Bader was a part of the majority decision. “This was a landmark decision that is now used as a model for the study of intermediate scrutiny under the equal protection clause, and at the core of gender based equal protection analysis today,” said Fitzgerald.

The second case she reviewed was Fischer v. University of Texas from 2013, which is famous for the dissenting opinion Ginsburg offered. “Ginsburg argued the equal protection clause does not require state universities to turn a blind eye to avert racism and other forms of discrimination that have taken place historically,” said Fitzgerald.

“If you have the privilege to vote in our country,” said Fitzgerald, “I urge you not to take it for granted. I urge you to vote because our rights are on the line.”

The panel concluded with a small Q&A session.

The responses to the panel and its speakers were overwhelmingly supportive in the open chat. “Really well said!!” commented Alexis Mack. “Wow!! Thank you so much, that was amazing and inspirational!!!” typed Cathleen Kane.

Alvarez concluded the panel by thanking listeners for coming and thanked the Student Life Board for their support. As the election approaches, Alvarez urged listeners to take away one last thing from Ginsburg. “Remember that real change, enduring change, happens one step at a time.”