Fan Explores the Frustration of Being a Jets Fan 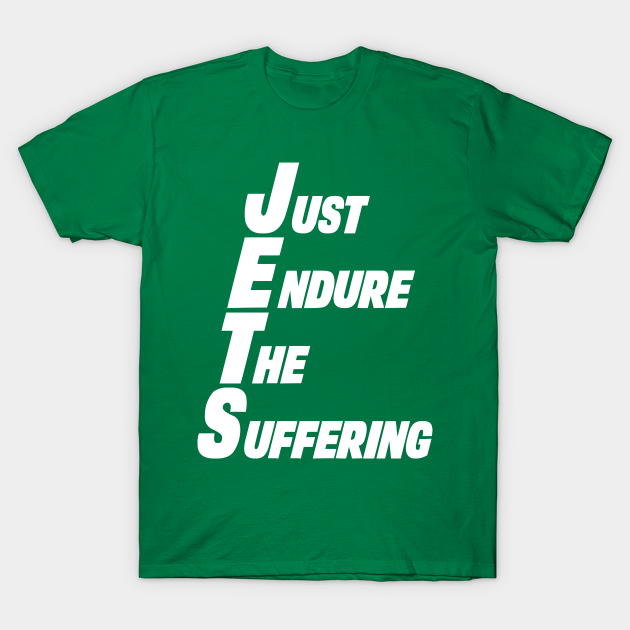 The embarrassment that is the New York Jets once again demonstrated why they are in position to land the No. 1 overall pick in the NFL Draft on Sunday by losing to the rival Miami Dolphins 20-3. This was the team’s 11th loss in a row, falling to 0-11 on the season.
This season will be the 10th season in a row that the franchise has failed to make the playoffs, making it the third time in the history of the franchise in which they did not record a single playoff win in a span of 10 or more seasons (1969-1981, 1987-1997, 2011-present). Forget the fact the team has not won or even been to a Super Bowl since 1968, or the fact the Jets haven’t won a division title or played in a home playoff game since 2002. The Jets have not been relevant since 2011, and haven’t made the playoffs since 2010.
Different general managers and head coaches have come and gone through the Jets building during this recent frame, with four different GMs including Mike Tannenbaum (06-12), John Idzik (13-14), Mike Maccagnan (15-19), and now Joe Douglas. Jets fans, including myself, are hoping Douglas can help clean up the mess left by both Idzik and Maccagnan and make the Jets into a playoff team again in the near future. The biggest fear however is the Jets owners, the Johnson family.
Run by the sons of Johnson and Johnson, Woody and Christopher, the family bought the team in 2000, and for the first decade, things for the Jets really went well for the most part. From 2000-2010, the Jets made the playoffs six times and finished above .500 eight times during that span, while also winning six playoff games. The 2000s were arguably the best decade in the history of the franchise, as no other decade since the team began play in 1960 has the franchise made the postseason more than four times. However, things dramatically changed after the 2010 season.
The team has missed the playoffs 10 seasons in a row since then, failing to finish either at or above .500 seven times. The team’s record since the start of 2016 is an abysmal 21-54, with only the Cleveland Browns having a worst record during that time frame. Some of the biggest issues the Jets have had over the past decade are awful drafting, poor connection on personal decisions from the front office to the coaching staff, and bad free agent signings. All of this has combined to create an ultra-losing culture surrounding the franchise, sinking them to about as low as the franchise was in the early to mid-90s.
Who’s most to blame? As mentioned earlier there’s been different GMs and HCs with the team since 2010, yet there’s always been one constant, the ownership. At first, it was Woody Johnson, the older son of the two, who was the face of the operation from when the family bought the team until 2017 when Woody then became the U.S Ambassador for the U.S. under President Donald Trump. Since then, younger brother Christopher Johnson took over while Woody is overseas, but things on the field in terms of performance and record have not changed. In fact, it’s gotten much worse.
Since Christopher took over, the team’s record is 16-43. His biggest move as acting owner has been firing head coach Todd Bowles and replacing him with former Miami Dolphins head coach Adam Gase. This move has alienated Jets fans, including me, as Gase had just been fired by Miami after three seasons in which his record was 23-25.
Gase was also known to have feuded with some players in Miami as well as having arguments with Dolphins owner Stephen Ross. Christopher Johnson then made the mistake of allowing Mike Maccagnan to remain as GM after the firing of Bowles, and then proceeded to allow Maccagnan to oversee free agency and the draft, in which the Jets spent over $120 Million on free agents while drafting seven players in the draft. Out of the seven players selected, only two have actually made an impact on the Jets. Those players are the first player selected, Quinnen Williams, and the last player Maccagnan selected, cornerback Bless Austin.
Christopher then fired Maccagnan AFTER the draft. As it turned out, Maccagnan and Gase couldn’t get along and did not agree on almost any of the moves the Jets made in free agency and in the draft.
This was a complete disaster and waste of both an off-season and a draft for the franchise, and would essentially push the Jets back another three years. The disaster was slightly covered up last year when the team finished with a somewhat respectable 7-9, including a 6-2 run the last eight games of the season. However, 7-9 did not tell the whole story.
Now comes 2020. The Jets traded their best player. Jamal Adams. for future draft picks before the season, as well as a few key players opting out of the season due to Covid-19. The Jets are currently 0-11, on their way to 0-16. The biggest culprits are the owners. For too long they have settled for being mediocre, and that has to change.
It is time the Johnsons stop getting so involved in the team’s football operation and let the football people run the show. The owners also need to get a better view on the game itself and start listening to different people outside the organization when it comes to recommending head coaches and GMs.
Whoever suggested to the Johnsons that they should hire Maccagnan and Gase should have been fired a long time ago. Or maybe the Johnsons should simply fire themselves, and sell the team to someone who knows how to run a winning team.