‘Our Sea Level Locally Is Rising Faster than the Global Average’ 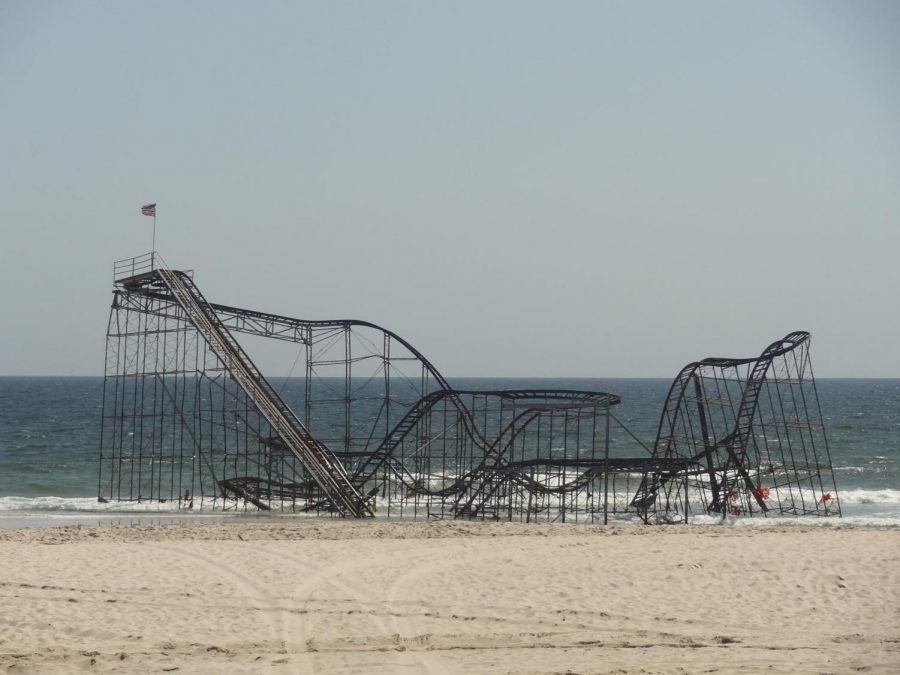 The world has a rude awakening ahead. On Feb. 9, Dr. Tom Herrington, explained the dangers of the shifts that are happening to Earth’s climate during a Zoom presentation offered to Brookdale students, warning that coastal communities could see nearly daily flooding in the years to come.

“The Arctic itself is heating the fastest, faster than any other place on the globe,” said Herrington, an associate director for Urban Coast Institute, and a coastal community Resilience Specialist.

The reality of how the Earth is adapting to the many pollutants and warmth that is in the atmosphere is concerning many scientists and researchers who are keeping track of the climate. The fear lies within the heat that the Earth is creating. A majority of that heat is going into the oceans, and that heat causes the water to expand; this fast expansion just from water taking in that heat is responsible for the sea level rising at a pace of close to one millimeter per year, he told students and community members on the Zoom call.

“In New Jersey, our sea level locally is rising faster than the global average,” Herrington said. “It’s putting us in more jeopardy.”

This increase has the sea water prowling and advancing onto more dry land than ever before. Factors that contribute to this rise include the warmth in the atmosphere that is melting glaciers, ice and snow on flat land, and a precipitation increase around the world. All these elements contribute over 3 millimeters to the seas per year. These worldwide occurrences are striking a harsh future for our coastal communities, Herrington said.

New Jersey, along with many places in the world, is in great danger, he said.

“We see that the sea levels in Sandy Hook have been increasing by four millimeters per year.” This elevation can cause many communities on the coast to soon be washed out, Herrington said, explaining that researchers hold major global environmental changes at fault.

“There is a 125 percent increase in rainfall as climate change plays out in New Jersey. That’s going to add an additional flood threat for our coastal communities,” he said.

The strengthened rainfall along with the storm frequencies, and their intensities, are going to bring tremendous flooding in the near future. The near years are going to have communities along the coast adapt to the new changes and challenges.

By 2050, there is going to be a good chance that the coastal conditions are going to bring out new precautions that need to be taken by surrounding towns, he said.

“We should really be prepared for it,” Herrington said. “Almost daily flooding of coastal communities.”

This ongoing rise is going to greatly impact the amount of people and dry land that the East Coast preserves. There is no prevention of these environmental shifts occurring, there is only the community being aware and equipped for when it does occur, Herrington said.

Researchers and scientists are going to continue tracking the tide levels by a tide gauge network. Their goal is to deepen their knowledge as well as working with communities to get a better understanding of the coastal cities.

“We don’t have a lot of time,” Herrington said. “We have to think as a community really about what we want our coast to look like, and be like, in the future.”