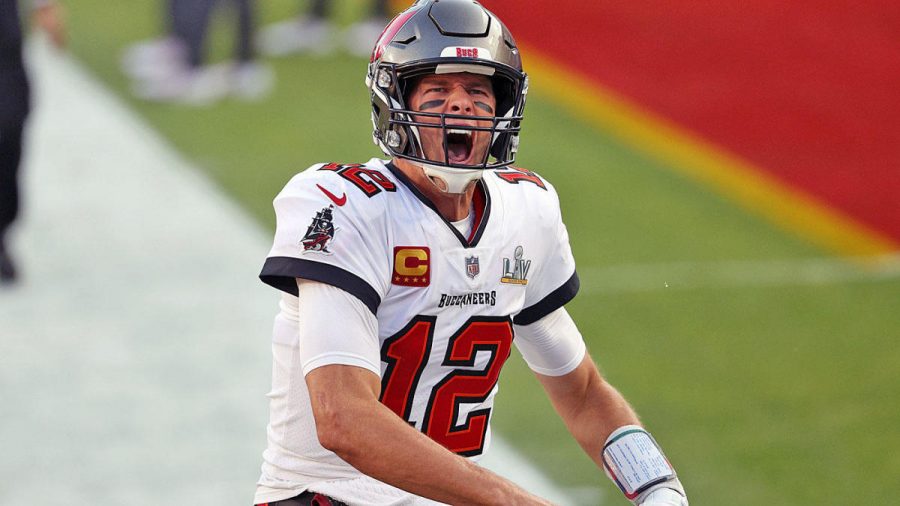 The Tampa Bay Buccaneers went into the NFL playoffs with an 11-5 record and with hopes to defy all odds as the fifth seed entering the NFC playoffs. That is just what they did. After outlasting the Washington Football Team, the New Orleans Saints, and finally the number one seeded Green Bay Packers in the NFC Championship, the Bucs did something that no other football team has ever done in any of the 55 years that the Super Bowl has been in existence—they are the first ever NFL team to host the Super Bowl at their home stadium.
Led by Head Coach Bruce Arians, the Buccaneers, equipped with a high-powered squad of players, looked to tarnish the hopes of a second straight Super Bowl win for the Kansas City Chiefs. They were looking to make a repeat after defeating the San Francisco 49ers 31-20 in last year’s Super Bowl 54. They were also favored by many due to a multitude of reasons. Some reasons include how they are a 1 seed in the playoffs compared to Tampa Bay being the 5 seed, they had a better regular season record finishing at 14-2, they had won the previous Super Bowl, and looked no different to the team that played last year. Finally, because of the dislike many football fans have towards Bucs Quarterback Tom Brady, given how he already has the most Super Bowl wins of any football quarterback in NFL History.

The nine points scored by Kansas City were three field goals all made by place-kicker Harrison Butker. The Chiefs offense were held back from scoring a touchdown all game by the Buccaneers defense, which was led by Defensive Coordinator and former New York Jets Head Coach, Todd Bowles. The Tampa Bay defense consisted of linebackers Shaqil Barrett and former New York Giant Jason Pierre-Paul. Ndamukong Suh, and former New York Jet Steve McLendon were helping on the defensive line. They all pressured Chiefs quarterback Patrick Mahomes on 29 drop backs which is recorded to be the most ever in NFL History. Mahomes was sacked by Suh and linebacker Cam Gill three times throughout the course of the game. He also had two passes intercepted by safety Antoine Winfield and linebacker Devin White. He finished the game with 26/49 passing for 243 yards, 2 interceptions, and a passer rating of 52.3.

The Buccaneers were down 3-0 through the first quarter until Tom Brady threw a 16-yard pass to wide receiver Antonio Brown to enter Chiefs territory. He then threw a 15-yard pass to tight end Cameron Brate and handed off to running back Leonard Fournette, who ran for 11 yards to get within the red zone. To cap off the drive and the quarter, Brady threw an 8-yard touchdown pass to his old teammate from the New England Patriots, tight end Rob Gronkowski, who came out of retirement after two years and signed with Tampa Bay to compete alongside Brady once again.

After two costly penalties on the Chiefs’ defense, Tom Brady took the opportunity to find Gronkowski again for a 17-yard touchdown, giving the Bucs a 14-3 advantage. The Chiefs were put back on offense and managed to trim the lead to 14-6 with another field goal by Butker.

Closing in on halftime, Brady threw two short passes that got the Bucs from their own 29 yard-line to their own 42. They were in a third down situation with only 2 yards needed to get a first down and continue moving downfield. Brady tossed up a deep pass intended for wide receiver, Mike Evans. The pass was incomplete, but a pass interference penalty was called on Chiefs cornerback Bashaud Breeland, which brought the line of scrimmage up to the Chiefs’ 24-yard line. A pass from Brady to Fournette for 15 yards advanced them to the 9-yard-line. A second intended pass to Evans was also incomplete, but another pass interference penalty was called. This time, it was on safety Tyrann Mathieu. Landing the Bucs on the 1-yard-line, Brady tossed his third touchdown of the day to wide receiver, Antonio Brown. The first half would conclude with Tampa Bay up 21-6 over Kansas City.

The third quarter commenced with the final field goal from Harrison Butker and the Chiefs, which shrunk the Buccaneer’s lead to 12, but not for long. A few passes by Brady downfield led to Leonard Fournette rushing for a 27-yard touchdown making it 28-9. In the ensuing drive, Mahomes, after being sacked by Shaq Barrett, was intercepted by Bucs safety Antoine Winfield Jr. The final score of the game was a 52-yard field goal by place-kicker, Ryan Succop.

The fourth quarter consisted of no score by either team. Mahomes was under intense pressure by Tampa Bay throughout the entirety of the game. This culminated in a final interception from Mahomes by linebacker Devin White, which sealed the deal and let Brady allow the clock to run down to zero. The Bucs defeated the Chiefs in resounding fashion with a final score of 31-9.

Tom Brady, after winning his first Super Bowl without the New England Patriots, has made history as the first ever NFL player to win seven Super Bowl championships. No player or team has ever reached that number of Super Bowl wins in the history of the NFL. Brady finished 21-29 for 201 yards, had 3 touchdowns, no interceptions, and a passer rating of 125.8. He was crowned Super Bowl MVP for the fifth time in his career. This win has settled all debates and cements his legacy as the greatest football player of all time.

Brady, 43-years-old, is in exceptionally great shape for someone at his age. Facing looming questions pertaining to whether he will retire or not after this season, he expressly told Jim Nantz, an announcer for CBS, “Oh yeah, we’re coming back”.

The Tampa Bay Buccaneers are already being recognized as a definite playoff contender for next year. They will almost certainly have all their high-powered players back on the roster for next season with a few minor changes such as signing players from other teams and drafting new players out of college. From what Tom Brady said in his MVP speech, this team is not done winning yet, and will most definitely be out for more wins and another Vince Lombardi Trophy.